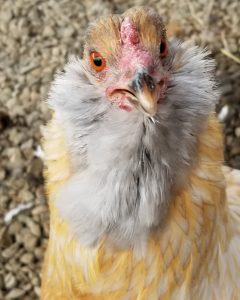 Yesterday morning I went out to feed the chickens, and there atop the chicken coop perched a friend I hadn’t seen for a couple of months. 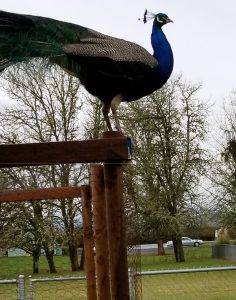 The peacock is back!

I offered him some chicken food, meant for laying hens, but I figured it wouldn’t set him to laying. 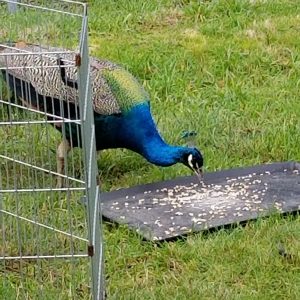 This peacock roams the neighborhood, and I hadn’t seen him for a couple of months. Seeing him, though, tail intact and beautiful, I wondered if perhaps he, like my hen, Blonde, had been molting.  Blonde, looked as though she had been attacked by a mountain lion, no tail, bald in spots, pin feathers showing. Maybe neither he nor she wanted to be seen in that condition. 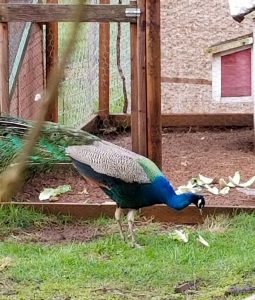 You probably read my peacock story, about the first day I saw him here at the empty house before we moved in last December. He was sitting on the fence outside a bedroom window

I had brought boxes of dishes from the other house. I was washing cupboards, putting dishes away, filling the glass display cupboard with items I had collected over the years. and as I poked through the rooms I saw out a bedroom window, sitting on the fence,  a peacock.

I was beside myself, calling our dog: “Sweetpea, come look!” She came, she looked but thought I had gone bonkers.  (Yeah, I knew what she was thinking.) “But, Sweetpea, this is my totem animal.”

Can you imagine? This is the third peacock I have seen associated with a new home. One in Riverside California, One in Marcola, Oregon, and here in the sleepy little town of Junction City–not a place I would expect to see a peacock.

I would never have thought it.

Blonde has recovered from her molting where she lost her tail and three-quarters of her feathers but look at her now—Isn’t she beautiful? 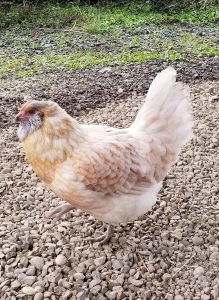 The three baby chicks I acquired last October are grown up birds now.

I’m afraid I goofed on these chicks for they are skittish and not tame as my other two hens were. Harriot and Blonde would come and sit on my lap. Especially, Harriot, the hen who laid the green egg, but alas, she disappeared one night without a trace.

It could be that I didn’t hold these three baby chicks as much as I did the others. Another possibility is that these three chickens were about a week old when I got them, and they had already imprinted on each other, or learned about life— that one ought to run in the face of danger—real or imagined.

When we lived in Temecula, California, I volunteered to feed our landlord’s chickens and turkeys, for a reduced rental fee of course. The turkeys knew me and whenever I called out,  ‘Hello guys,” they answered with a chorus of “Gobble, gobble gobble.” He also had a dozen or so quail that were so tame they poured as a unit out the door when I opened it. I had to push them inside to get into their pen. Later on he got another group of quail that were so wild they fluttered and squawked and ran from me whenever I approached their pen. He had enclosed them in a little pen with a door on the top. One day I opened the door and one quail high-tailed it out of there, never to be seen again.

You are the first person I have told. Confession time.

“Sharing enhances everything you experience,”

Yes, Tony, but do people want to hear it?  It is rather one-sided. But words need eyes, and that’s where you come in. I suppose every writer wonders if their words are worth reading. Are they engaging, enlightening, educational, or entertaining?

I wonder many times what I am doing here. And then Maria Forleo comes along and says, “Give your gift.”

Yes, but, what’s under that wrapper?  I’m afraid to look.

“The author & the reader know each other: they meet on the bridge of words.”–Madeleine L’Engle 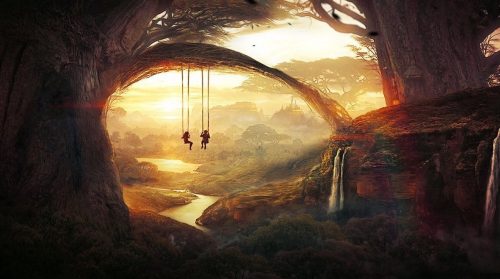 Suggestion Box,  Please go to the message box. You are a dear. Thank you. I appreciate your imput. 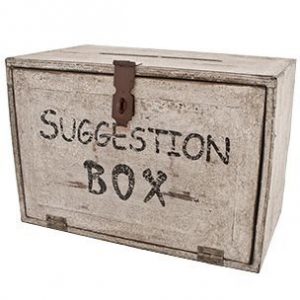 11 Replies on “This Place is Going to the Birds”