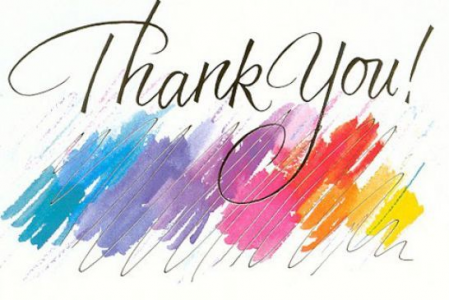 I don’t mean to go out at night and stare at the heavens, well, maybe sometimes, but what I’m talking about is to have a DESTINY, A LIFE PURPOSE, A DREAM.

I got a kick out of Robert Fulghum who thought himself to be a rather tidy person, but when he moved from one house to another, he was surprised to see all that stuff-fluff, dust bunnies, bits that outlined where the furniture once lived.

He said that stuff—you know what I’m talking about, you’ve seen it—that stuff has been analyzed meticulously by allergy experts. What they found was miscellaneous material, particles of wood, cotton, paper, food, plants, tree leaves, ash, microscopic spores, single-celled animals–mostly natural and organic material, but that wasn’t the bulk of it.

The bulk was, you got it. It is us, you and me, our exfoliated skin and hair. And there was something else I didn’t know about– -METEORITES.

Yes, meteorites that had disintegrated into STARDUST when they hit the atmosphere. (Praise atmosphere.)  Each day the earth is sprinkled with 100 tons of STARDUST.

We’ve been bedded down in stardust.

(Sprinkle rock-dust around your plants and see how they grow. I hadn’t thought of this before, but daily our planet is fertilized by the stars.)

People have been trying to tell us that we came from the stars.

So here we are relatively sane and savvy using stars as a metaphor for something grand we know we can achieve if only…if only.

There wasn’t all that crap standing in our way.

You know what I’m talking about, those limiting thoughts that tell us we can’t do, and can’t have whatever it is we are aiming for.

That’s the lizard brain talking to us. (That primitive brain that is wrapped around the brain stem, and resides under our “logical” thinking brain.)

Martha Beck, psychologist, a regular columnist in O Magazine, commented that she wonders if the lizard brain was metaphorically represented as the serpent in the Garden of Eden. It is always steering us away from the good. Tempting us, making sure we know how small we are.

The entire purpose of the lizard brain is to be on the lookout.

Lack and attack seem to be its main attractions.

Even a lady CEO pulling in over six figures a year fears she will become a bag lady. Lack. How much is enough? Threaten to take away Social Security and you can panic an entire nation into doing your bidding.

The world is out to get us, The Russians, the communists, the government, the aliens, the immigrants, the gangs, those dark alleys. Attack attack.” Run, hide,” says the lizard brain.

Tell someone to stop watching the news and many will say, “My God, I can’t do that. I must be informed.”

My lizard brain was screaming at me on our Island move, lack, survival. The stuff that makes books, aka, The Frog’s Song, although I do believe my publisher wanted it to be a sweet little story–one intrepid family on an adventure.

In the wild, the animal on the alert has a better chance of survival, and thus, will have more offspring—you know the old biological aspect.

However, most animals do crisis management better than we do. When danger comes, they run or fight. After they’ve handled the event and the danger is over, they crack their knuckles and go back to grazing. Their adrenaline drops, they’re calm. Life’s good.

But not us, we humans with the high intellect keep the fear going. Yeah, that’s over, but when will the next one strike?

One can’t be an alarmist and a stargazer at the same time.

Whenever you find yourself in darkness, align with your star.

You know the one that thrills you and makes you know there is more to life that is commonly thought.

I will investigate that gap between the frightened lizard mind and the stargazer as time goes on, for few say, “I’m a stargazer,” and zap it’s done.

I took my book The Frog’s Song to the Fair this past week, Wednesday and Thursday, only for 2 hours, my scheduled time at the table. Sold one the first day, two the second. They weren’t selling like hotcakes, but I had fun visiting with the people, especially the other writers. They were engaged. They had the dream of touching a star.

I don’t think the Fair is a good place to sell books, only about twelve people came within nabbing distance—I didn’t nab them, but I think that nabbing was their fear.

People didn’t come to the Fair to buy books, they were outside on the fairway, or looking at the animals.

We like to browse books without fear of a salesperson pressuring us. We want to pour through the stacks, wait for that jewel to jump out at us.

It’s uncomfortable to look at someone’s merchandise and then walk away when you don’t want to buy whatever they are selling. People liked to tell me of their Hawaiian experience, though, and the kids liked the gummy frogs I picked up at the candy store on the way to the Fair. I gave away the cookies that were beautiful but didn’t taste that great.

One lady told me about living off the grid in Alaska.

Online book buying is different, we’re usually looking for something–books we’ve heard about, or we know the author. When I heard about Where the Crawdads Sing by Delia Owens, I quickly bought it online, and loved, loved, loved it. A little girl abandoned at six-years-old, grew up as the Marsh Girl in the swamps alone—a love story, a naturalists story, a murder, a coming-of-age story.

Once Husband Dear and I attended a lounge in Las Vegas where a singer—I don’t know the singer, that was years ago, but I was astounded, inspired and wanted to run home and write something. I’m not a songwriter or a singer, but I wanted to do something creative while the spark was in me.

Have you ever gone to a convention or maybe a movie that had such a powerful message you left feeling you could do anything? When my husband and I saw the movie The Music Man long, long ago, we ran down the middle of the street singing “Seventy-six Trombones Led the Big Parade.” (No cars, late at night, little town.)

Nothing can stop me now, you think, then you go home and all hell breaks loose. The cat threw up on your computer, bills have stacked up in the mailbox, the family is disgruntled, and the house looks in need of a royal makeover.

Stargazer self slams back into earthbound life.

Run back and gaze at your star.

P.S.
Right now I look like I was hit in the head with a Tomahawk.  The wound is carefully covered, though, with a white bandage down the back of my head. Yesterday the doctor removed a small carcinoma from my scalp, Today I’m writing with a bag of frozen peas sitting on my head. But yea, I’m cancer free. All  clear.